October has been an exceptionally busy and productive month for CAER studio – so much so that we’ve had to spread this review across two blog posts! Here’s the first post, which covers several workshops devised and led by CAER Studio artists between 8th and 21st of October.

CAER Studio artists Nicola Parsons and Becci Holmes led a fantastic workshop with the Pencaerau Primary School parent group in which participants were led on a journey of discovery into Iron Age spinning, felting and weaving. Participants created their own beautiful weaves using traditional methods, fibres and natural dyes including woad! 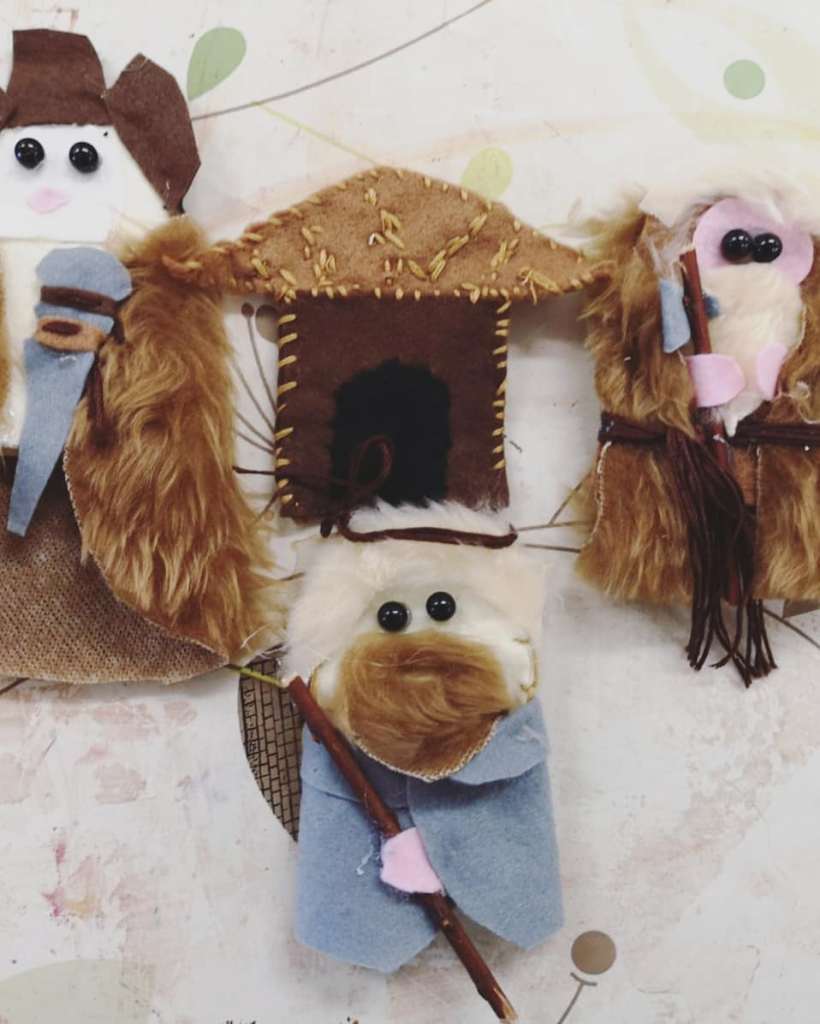 October 21st: Linocut Print Workshop at Made in Roath

CAER Studio artists Becci Holmes and Imogen Higgins were joined by special guest artist John Abell, collaborating on a lino-cut printing workshop based on heritage themes and patterns from Caerau and Ely’s extraordinarily rich past. John Abell is an artist and print maker who grew up in Caerau and Ely and who has since become an artist of national repute. He was runner-up for Welsh Artist of the Year in 2013 and his work has been exhibited in numerous exhibitions and represented in important private collections in Wales, England and the USA.

John also led a fantastic workshop with the ACE (Action in Caerau and Ely) Arts Group – he was extremely impressed with the creativity and talents of the artists who participated. It has been a real privilege to have John involved in our project!

View all posts by pkevans

This is a text widget, which allows you to add text or HTML to your sidebar. You can use them to display text, links, images, HTML, or a combination of these. Edit them in the Widget section of the Customizer.
%d bloggers like this: